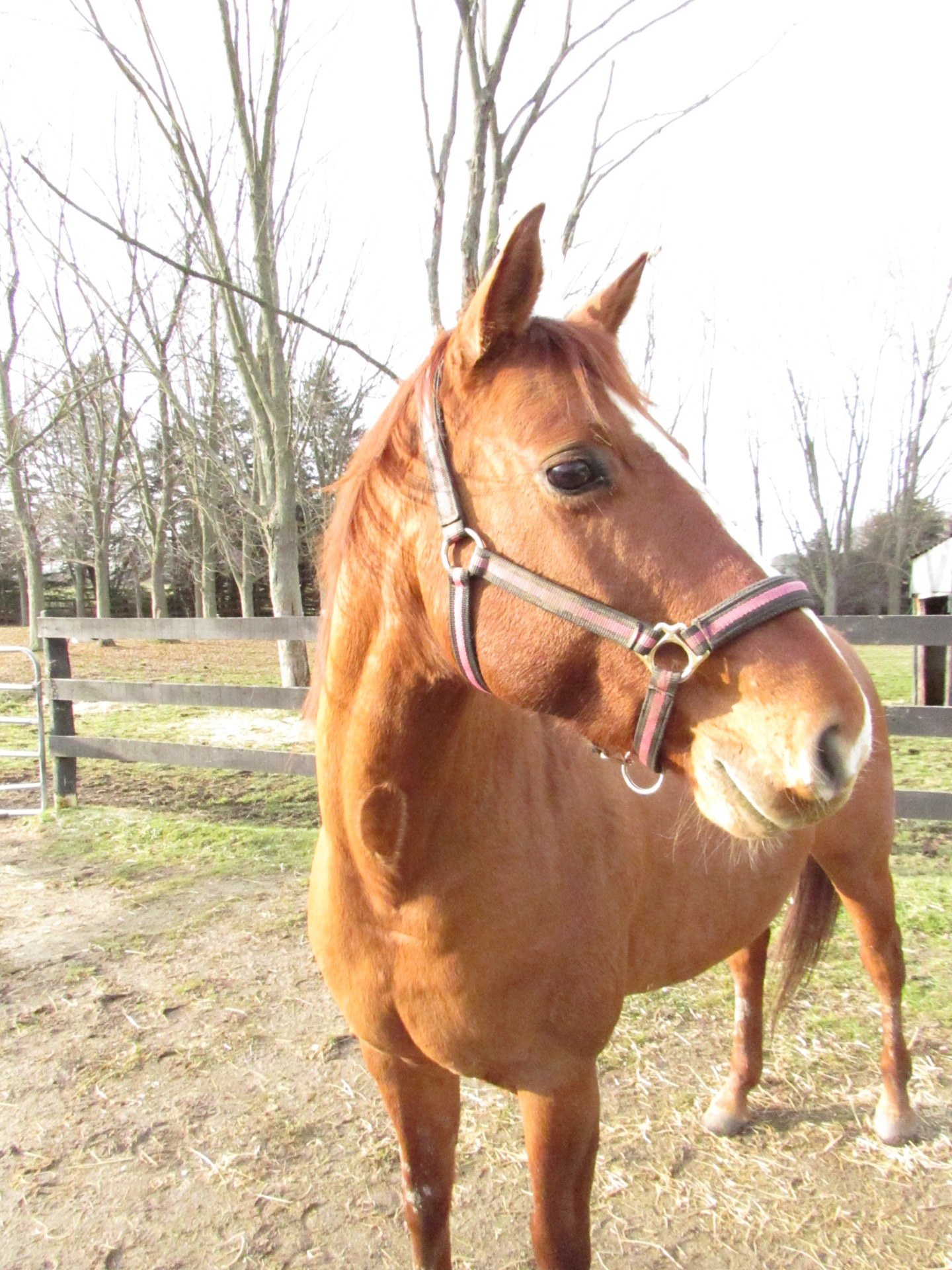 Ima is a 15-year-old female Quarter Horse. Ima has a strong, confident personality and presence. However, it was not always this way. Ima was on her way to the meat truck as a malnourished horse when 7 R’s Ranch bought her. When she arrived at the ranch, she was underweight, malnourished, and as we say, had no gas in her Tank. Coming to 7 R’s Ranch was her new chance at life. Ima was given quality grain, supplements, and lots of hay. Surly but slowly, she gained weight and her coat began to glisten. A spark even appeared in her eye. Once she had energy (gas in her tank), she became a whole new horse. Through her journey, she became best buddies with Tatiana and they always stick together. Ima now has one of the best coats in the herd and loves to buck and play around in the arena as well as gallop around in the field with her friends.